Skip to Main Content
It looks like you're using Internet Explorer 11 or older. This website works best with modern browsers such as the latest versions of Chrome, Firefox, Safari, and Edge. If you continue with this browser, you may see unexpected results.

If you have any questions about this guide, contact Katalin Csankovszki (csankovszkik@ceu.edu).

This guide provides online research resources for researchers and students of Medieval studies. These resources are either freely available or can be used under open access conditions.

For more details on the (re)usage of images, please consider the individual institutions’ websites. 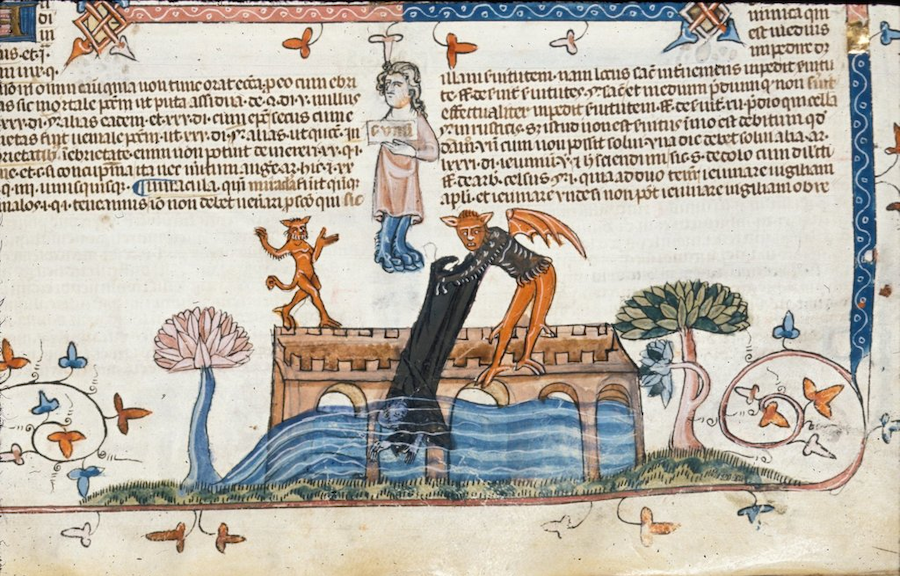 This digital library from the University of Heidelberg provides access to digitized images of manuscripts from the Bibliotheca Palatina, including German, Latin, Greek and Hebrew manuscripts.

Database of over 2400 digitized medieval manuscripts held in the Bodleian collections, including Greek and Latin papyri and early printed books. Easy to narrow and refine your search through clicking into groups and subgroups. The records contain useful, descriptive information about the items.

This database gives free access to the Vatican Library’s digitized collections. Search through manuscripts, incunabula, archive materials and graphic materials as well as coins and medals.

e-codices – Virtual Manuscript Library of Switzerland
More than 2400 digitized medieval and early modern manuscripts held in public, private and church-owned collections from Switzerland. Directed by the University Fribourg, the online manuscripts can not only be searched by library/collection, country and date, but also in a more refined way: by document type, material, binding, and illuminations as well as additional information, such as descriptions, annotations, and bibliographies.

The Göttingen Digitisation Centre specializes on providing prints and other historical materials in digital form. Its online archive comprises by now a great variety of historical manuscripts, prints and visual works. It also has the option for full text search.

The Icelandic database handrit.is keeps Old Norse and Icelandic manuscripts from the two major collections Stofnun Árna Magnússonar í Íslenskum fræði in Reykjavík and the Arnamagnæan Collection at the University of Copenhagen. Most of the records are in Icelandic, some are also available in English and Danish.

The Academy of Sciences and Literature Mainz provides access to medieval manuscripts written in German from the period 750-1520 in its online catalogue. In addition to digitized images of the manuscripts, information on authors, works, manuscript transmission as well as selected bibliographies are provided with each entry.

This database, led by the Institute for Jewish History in Austria since 2008, has the goal to make available, identify and describe all manuscript fragments written in Hebrew letters held at Austrian libraries. The records for the manuscripts of the fragments are either provided directly in the fragment’s record or through links to the database of medieval manuscripts manuscripta.at. The database may be browsed by institution (library, archive) or content category.

Open access online catalogue of illuminated charters from the European Middle Ages that are kept in archives worldwide. This online catalogue is the result of a collaboration project conducted by the University of Graz and the Institute for Medieval Research, Austrian Academy of Sciences (ÖAW). The records include calendar-style abstracts, historical and art historical commentary and, if possible, digital images of the charters. Main text in German, English abstracts will continuously be added to allow international users access to the material.

Database of 15th-century European printed items before 1501 from the British Library. Descriptions of items include information about authors, short titles, language of the printed text, printer, place and date of printing, and format.

This online database from the School of Celtic Studies, Dublin Institute for Advanced Studies provides digital images of Irish manuscripts that may be searched by library/collection. Images can be used in two different resolutions, thus adapting to specific purposes. The entries contain extensive descriptions and commentary on the materials.

This online catalogue contains records and digitized images of medieval manuscripts in libraries from the German-speaking area. The collected data from the Manuscripta Mediaevalia will have fully migrated to the currently in-process database Handschriftenportal (https://handschriftenportal.de/?lang=en) in 2021. In German.

A collection of various digitized medieval and early modern manuscripts worldwide. Search for author/title/subject/places/time period – or explore the collections.

This online library project is run by Sheridan Libraries of John Hopkins University and the Bibliothèque nationale de France. Its goal is the digitization of all manuscripts containing the 13th-century poem Roman de la Rose. Currently, more than 130 manuscripts are available. More to come.

Ongoing digitization project from the University of Oklahoma and Princeton University, on the searchability of all Syriac manuscripts online. May be browsed through two differently organized, interlinked tables: 1. by shelf-marks, approximate date, language, and 2. by key terms. To view the images, signup is required.

The Institute for Medieval Research from the Austrian Academy of Sciences created this online resource for medieval water marks. You may browse different online databases, including the Digital Hungarian Watermark Databank.